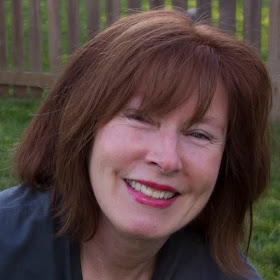 Education: I'm mostly a self-taught playwright. I was an actor and an acting coach for many years before trying my hand at writing. I did take a playwright intensive from Stuart Spencer (whom I highly recommend) and have gone to him for consultations. My 60 hours of college had absolutely nothing to do with theatre in any way.

Favorite Credits: I have three favorite credits so far as my writing goes - Thank You Notes: Headed To Heaven W/ Flat Jimmy Fallon, Hanky Panky, and Hard Day's Night. My favorite acting credit was Rose in The Woolgatherer.

Why theater?: Theatre lets me express myself and express the feelings of people I know. It's a way to communicate. All those feelings and thoughts that people don't express, the happenings in our life that we feel alone about -  writing a play can let other people know they are NOT alone. That the classic term "dysfunctional" IS normal. We're all in this together - let's talk!

Tell us about Hard Day’s Night: Hard Day's Night is a coming of age story of a seventeen year old, Kelly K. Kelly, who feels like an outsider and is horribly embarrassed of her family. Her super-popular sister hates her, her father is out of touch with the family, and her mother is obsessed with Disney and their dead pets' ashes. She vows to talk in nothing but the Beatles' lyrics that her family hates until something changes for the better. But on the even of the parents' twentieth anniversary, another couple arrives which changes Kelly's life dramatically.

What inspired you to write Hard Day’s Night?: The director I was working with last year, Taylor St. John, and I wanted to do a coming of age story. But soon after I started the play, one of my dearly loved cats died when I was out of town. I dealt with that loss as I was writing the play, so it definitely was a big contributor to a subplot in the show.

What kind of theater speaks to you? What or who inspires you as an artist?: I love plays that deal with people. Everybody has a story to tell. Most of them are quite fascinating. We can learn a lot from each other's stories. People inspire me, whether I know them or not. So do my pets. ; ) As far as playwrights, I love Tracy Letts.

If you could work with anyone you’ve yet to work with, who would it be?: Obviously there's so many! But one person whom I've always wanted to meet and work with is Steve Martin. I know that may seem like an odd choice. Followed closely by Robert DeNiro.

What show have you recommended to your friends?: Again, many. But one towards the top of my list is August: Osage County.

Who would play you in a movie about yourself and what would it be called?: Hmm. Maybe Helen Hunt. The title might be "Normal Looking, Twisted Brain, Not Dangerous."

If you could go back in time and see any play or musical you missed, what would it be?: I would have loved to have seen the original A Streetcar Named Desire.

If you weren’t working in theater, you would be _____?: Political Campaign Advisor.

What’s up next?: Working on a new piece currently titled "Past Tense'.