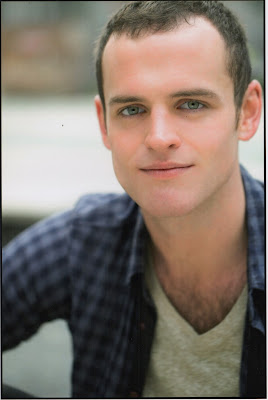 Who do you play in The Illusory Adventures of a Dreamer: Troll King, Sphinx, and Father

Tell us about The Illusory Adventures of a Dreamer: I haven't read it actually! Just kidding. It's about the quest for self actualization and authenticity. Peer's on a journey, just trying to figure out who he is and what he wants. The people that he meets, those he has met, they all have shaped him. This play, like life, is a tugofwar. Freedom vs. constraint. That's what I think.

Describe The Illusory Adventures of a Dreamer in three words: Hmmm whimsical, relatable, gluten-free. Seriously. It's free of gluten to my knowledge. It's not vegan though. We like beef.

Who is the biggest liar?: That's a shady question. Let's say "lier" because I'll totally own that. I really want to lie down most of the time.

Who is the biggest troll?: Me.

Who is the sexiest?: Nick? That's a tough one. We're all so pretty, you know? People are jealous.

Who is the most mischievous?: Taylor

Most likely to go on an adventure?: Molly. She lived in Boston for a while right? Settling down in Boston can turn anyone into a thrill seeker. Everything closes so early there... Too early! Make up for lost time, Molly. FYI I like Boston a lot.

Most likely to get caught up in a cult?: Me. Totally me. It could happen at any moment. I purposefully avoid the Scientology building because I'd probably love it. But would they even let me in? I feel like I'm too poor.

Which bandana best describes you?: Telling you ruins the surprise. Come find out.

Favorite (gay) bar in NY?: I'd rather Netflix and chill.

Fun, laughs, or good time?: All of them. But if you're not funny/take yourself too seriously, get out of my way!

Do you talk to yourself in a mirror?: Yes. I'm a good listener.

What is your favorite moment in The Illusory Adventures of a Dreamer: I really enjoy Peer's bits with the Troll King and his mother. That's a really hard question though! Ask me again in a few months.

What is the most rewarding thing about being a part of the Dreamer team?: Telling stories with LGBTQ characters at the center of the action is rewarding. That's something that has always been very important to me. Being in a room full of supportive people who are on the same page is a gift.

Why should we come see The Illusory Adventures of a Dreamer?: Because it's an experience. It's uncomfortable, funny, sad, and just plain weird. What more do you want? We're telling the stories of people who don't get to speak very often. Come! I think there's partial nudity.

For more on The Illusory Adventures of a Dreamer, visit dreamerplay.com. To support and donate to the project, please visit gofundme.com/dreamerplay 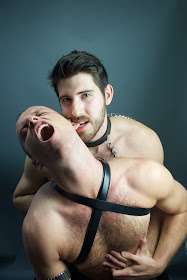