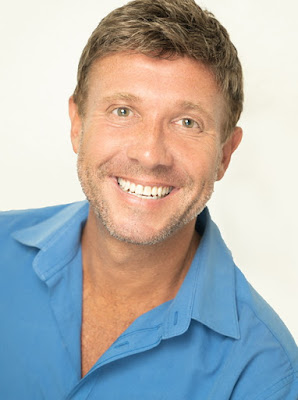 Why theater?: It has always been my favorite medium. So many possibilities to inspire, touch, enlighten, and uplift. I believe theatre has taught us about everything in some fashion.

Tell us about Closer Than Ever: When I moved to NY, Closer Than Ever was at The Cherry Lane and it has always stayed with me. Each of these Maltby & Shire songs are like their own one-act play, a magnificent song cycle of human relationships. The emotional depth and honesty in their songs to me is unparalleled.

What inspired you to direct Closer Than Ever?: Understanding what the theatre community was up against, I knew that shows with small casts that were able to distanced was going to be key. Closer Than Ever supplies that and also packs the emotional punch for a layered theatrical experience. The title alone speaks to our time. To achieve intimate moments, we incorporated rolling doors that revolve to become projection screens and times the actors images would appear. This allowed for those moments to be captured but keep the actors distanced. Those moments are visually appealing and offer a reminder of where we are and what has to be done to achieve theatre during this period. I also felt that the title Closer Than Ever really speaks to our times. Though physically we are unable to be close, we are closer in a myriad of other ways.  Richard Maltby Jr. and David Shire have been so supportive and encouraging of this project. I will always treasure this experience and grateful to producer Marcie Gorman and MNM Theatre Company for taking this on.

What kind of theater speaks to you? What or who inspires you as an artist?:  I am a musical theatre guy and love comedy and a big splashy show, but the shows that really get me are generally more about the complexities of the human condition. The Last Five Years and Next To Normal stand out, and anything by Tennessee Williams. I’m a hit at parties.

How have you stayed creatively active during COVID?: Closer Than Ever was all based and designed around our struggles. I’m proud to say all the measures we took resulted in a healthy production. With thought and care, creative work can be done safely.  It’s quite inspiring to see what people have come up with to work with these new challenges.

If you could work with anyone you’ve yet to work with, who would it be?:  Oh man… Donna McKechnie.. She is very special. Let’s work that out!

What show have you recommended to your friends?: Blood Brothers! I saw it a dozen times. It’s avant-garde and different and weird and I love it.

Who would play you in a movie about yourself and what would it be called?:  Paul Rudd in "You Could Do Better but a Lot Worse— The Jonathan Van Dyke Story."

If you could go back in time and see any play or musical you missed, what would it be?:  The original production of West Side Story.

What’s your biggest guilty pleasure?: Horror movies. From Psycho to Friday the 13th.. I’m onboard.

If you weren’t working in theater, you would be _____?:  Working at The Humane Society. I would enjoy that.

What’s up next?: Well I was going to be directing a horror film called The Halloween Club in Ft. Lauderdale when we shut down. We are making new plans to film in Tampa when the time is right.

The MNM Theatre production of Maltby & Shire’s Closer Than Ever is online through January 10, For more information, visit https://www.showtix4u.com/event-details/41307