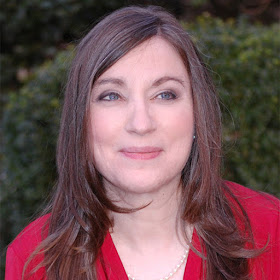 Select Credits:  Kris Kringle The Musical; “29 Rules for Deliverance” (a short story); and The Question Presented (legal text that was used at Harvard Law School)

Why theater?:  I adore musical theater — the ability of music to move the listener is to me unparalleled, and when you combine that with a good story, it’s magical.  In addition, I am also all about catharsis, which I think theater and movies are the best at achieving.  I also love being in the audience, both watching the audience’s reaction and participating in what is happening live before our very eyes and being part of the drama.

Tell us about Kris Kringle The Musical:  Kris Kringle is a story for everyone, like some classic musicals used to be.  There is a storyline for little children (a magical Toy Competition), a buddy story for young children, tweens and teens, a love story between young Kris Kringle and Evelyn Noël  for all ages, and a love story between Santa and Mrs. Claus, who are real people.  The story is also chock full of comedy, with Christmas jokes, lawyer jokes (I’m a lawyer!) and Elvis jokes as well as fun physical comedy.  But Kris Kringle is also deeply profound and universal, as it is a story about healing and redemption.  So, as you watch the story, you’re laughing and falling in love, and then you’re hit with a touching and cathartic reveal at the end of the story, that I’ve heard audiences gasp when they realize it.  At the end of the story, you can look back and see it was foreshadowed from the opening line of Act One, and is so obvious, but you only just now realize it.  It’s a fabulous experience for me to see the audience’s reaction. And then there’s the music.  Lush orchestrations and wholly original songs, from lively tunes to touching ballads to traditional Broadway.  One of our songs, Evelyn’s ballad, “My North Star,” has over 3 million views (and counting) on Facebook worldwide.  In 2018 we released a fabulous Studio Cast recording starring Andrew Keenan-Bolger, Nikki Rene Daniels with Kim Crosby, Mary Stout and Janine LaManna. We’ve been so fortunate to have incredible casts as well.  In the legendary Town Hall in NYC in 2017, the show starred Cathy Rigby with Broadway stars Andrew Keenan-Bolger, Kim Crosby and Pam Myers.  This year’s show at Proctors stars Eve Plumb (from “The Brady Bunch” and “A Very Brady Renovation”) as well as Broadway veterans Rema Webb, Elizabeth Ward Land, Christopher Shyer, and Gerianne Perez.  This year, we have added award-winning designers to our team, Tony Award winner Jeff Croiter for lighting, Emmy Award winner Matt Kraus for sound, Rick Lyon who worked on the Tony Award-winning Avenue Q for puppets, and Drama Desk-nominated John Narun for projection designs.  Our major setpiece, a grand Storybook (20 feet by 26 feet), will be used for magnificent projections. I think Andrew Keenan-Bolger summarized the show best when he said “Kris Kringle is a holiday musical for a new generation — a gorgeous score paired with a heartwarming tale of family and forgiveness.”  This year when we add on our Storybook, it will be a truly magical experience for the audience.

What is it like being a part of Kris Kringle The Musical?:  What a fabulous journey!  To see what I imagined in my mind, then wrote down on paper be transformed by the actors, musicians, and designers.  People talking about my characters as if they are real.  Hearing the beautiful orchestrations.  Remembering every line I’ve written and rewritten many a time over to get it just right.  The audience laughing at my jokes.  Working together with lyricists, composers, orchestrators, and designers on every detail and their adding a layer of beauty and storytelling through their art.  Knowing that at the end of the show, the audience will leave with magic in their hearts as they’ve taken two hours away from their ordinary lives to see something wonderful.  Doing things I never thought I could, such as writing some of the lyrics, producing a show.  I can’t say that at some times it hasn’t been hard, or that I haven’t made my share of mistakes, or that I’ve had to overcome naysayers about another Christmas musical entering the market, but I’ve faced every challenge totally believing in this story and in the audiences who will see it.

What kind of theater speaks to you? What or who inspires you as an artist?:  It’s about the story and, if it’s a musical, about the music, so I’m open to virtually anything speaking to me.  Charles Dickens is probably the greatest influence on my writing life.  All of his works are theatrical (by the way, he would act out every scene in his writing study and never allowed anyone to be there when he did), but even in the works which are not considered masterpieces, he was a master of drawing characters and making them accessible to his readers.  In Our Mutual Friend (which has been called a masterpiece and a disaster depending on what critic you’re reading), for example, the young girl, Jenny Wren, could not be more foreign to us and yet her wisdom, her angelic nature, her vulnerability and frailty are beautifully sketched and draw the reader in.  I believe that Paul McCartney wrote a song about that character.

What’s your favorite showtune?:  There are so many.  Probably “On the Street Where You Live” from My Fair Lady, “Beautiful City” from Godspell, and the songs of Rodgers & Hammerstein.

If you could work with anyone you’ve yet to work with, who would it be?:  Charles Dickens (I know he’s dead, but it’s true, I’d love to work with him as his books are pieces of theater) and Darren Criss, as I always thought he would be perfect to play Kris Kringle ever since I saw him in “Glee."

Who would play you in a movie about yourself and what would it be called?:  Lady Gaga, and the movie about me would be called: "The Little Bronx Girl Who Sang In the Night."  I grew up poor, in a crime-ridden neighborhood, with violence, poverty, resignation surrounding me.  But I was born on Christmas Day, I had the  faith of my family, and I had music — my little radio and my father, who was a recording engineer for RCA but who never played an instrument and who couldn’t read music — and these things allowed me to survive and believe without becoming bitter and dark (though I can write and have written bitter and dark if I let myself go in that direction).

If you could go back in time and see any play or musical you missed, what would it be?:  The original My Fair Lady on Broadway.

What show have you recommended to your friends?:  The King and I at Lincoln Center; My Fair Lady at Lincoln Center; Beautiful at the Stephen Sondheim Theater.  Also, my favorite play is The Importance of Being Earnest, which I saw at the Roundabout Theatre years ago.

What’s your biggest guilty pleasure?:  Watching old movies.  I constantly search for ones that I’ve never seen before.  I watch them for pleasure and for learning story structure and even comic timing.  While I have written drama, I am much more comfortable with comedy and some old movies are just perfect training grounds for that.  I often eat chocolate watching them, my other biggest guilty pleasure!

What’s up next?:  Finding even more audiences to fall in love with Kris Kringle The Musical.  In addition, as I am also a screenplay writer, next year I’ll begin work on a new screenplay that I have had in my head for many years.  The screenplay is about an outcast/outsider, making movies, love, betrayal, and redemption, but not at all in the typical way.  I hope it’s going to be a jewel (as that’s what it feels like in my mind), that will make the audience laugh and cry, but it has to be sculpted and nurtured, which is what I plan to do next year.