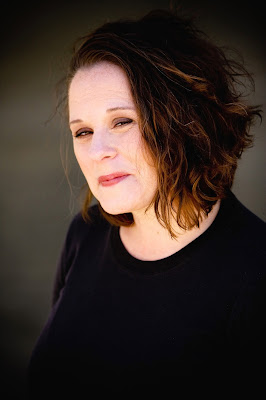 Education: B.S. in Elementary Education & M.A. in Communication, Media and Theater.  I also studied acting and directing at Act One Studios and independently with Dan Taube in Chicago.  I've taken play writing classes at Chicago Dramatists with Douglas Post, Arlene Malinowski and the late M.E.H. Lewis. In addition, I've taken storytelling classes with Scott Whitehair.  Finally, I've taken an intensive at Second City, a European Clown Class at The Inside Out Art Studio and The Art of the Idiot class (with Dean Evans).

Favorite Credits: Wendy in Peter Pan, Joanna in Home Free, Mother of victim in Bully: The Hip Hop Musical, Mary in The Red Coat and Fairy Freak Finooza in Six Stories Up, Up and Away (a collaboration of people with and without special needs and it was circus and super hero-themed)

Why theater?: I feel that theater is one of the purest forms of expression, lacks a single solution and enables us to explore other worlds and escape.  Also, I love how it is never the same twice.  It's a place where I can fit in and be uncensored. Abraham Maslow says that education-through-art is not so much about turning out better artists, as it is about turning out better people.  I love to hear other peoples' stories and I once heard in the play "Who Am I This Time?" that theater is the best way to get to know people in a short amount of time.

Tell us about Punk Grandpa: It is the story about how I didn't fit in and how my grandpa taught me that I was okay, just the way I am, through his uninhibited, reckless approach to life.  He would do things like pretend to communicate with spies through his hearing aids, yell at women on the sidewalk, "Hey, pick you up in an hour!" and tell me that eating lots of syrup would put hair on my chest (and later, he would cut off part of his own hair from on top of his head and tape it to my chest while I was sleeping). It is also a fund-raiser for Alzheimer's (as my grandpa passed away due to Alzheimer's almost nine years ago); so far, Punk Grandpa has raised about $2,000 (from performances at the Fringe festivals in Chicago, Orlando and Elgin as well as at Stage 773 in Chicago).  In addition, it was used as a fund-raiser for the theater department at Hammond Academy for the Performing Arts; I performed it three times in one day for the students, back in October of 2013. It is portrayed through storytelling, music, dance, vintage family photos and film footage and little bit of puppetry.

What inspired you to create Punk Grandpa?: My grandpa was the freest person I ever knew.  I want to tell others what he taught me, that it's okay to be different and to be yourself.  I want for others to feel the way I did around him:  to be swept away in his humor, spontaneity and freedom.  He passed away due to Alzheimer's almost nine years ago, so this is a tribute to him; he is truly unforgettable.

What kind of theater speaks to you? What or who inspires you as an artist?: Fringe theater speaks to me; whenever an underdog or someone who doesn't fit in is involved, I am interested.  I also love and am inspired by people who take great risks, romance (when it involves complete acceptance on both sides), the 80's and puppetry.  I recently read a quote in a book from the puppet museum in Atlanta, GA that says that puppets help us discover a deeper reality. Weird Al and Richard Simmons inspire me, with their ability to be themselves, shamelessly and unfiltered. Susan Ariel Rainbow Kennedy inspires me as well, as she is a laser beam of love and tells everyone to take care of themselves in most magical ways and to dream, dare and do things like eat hilarious cookies. I am also inspired by Nikki Minaj's creativity in "Starships," "Va Va Voom" and "Pound the Alarm."

If you could work with anyone you’ve yet to work with, who would it be?: Weird Al, Richard Simmons, Susan Ariel Rainbow Kennedy and Bernadette Peters.

What show have you recommended to your friends?: Literary Lunatics, by the Pink Elephant Performance Troupe at Rhinofest.

If you could go back in time and see any play or musical you missed, what would it be?: Anything at the Caffe Cino, particularly Home Free and Dames at Sea, featuring Bernadette Peters.

What’s your biggest guilty pleasure?: Burlesque (as long as it tells a story; I once saw a really good performance that was inspired by Hitchcock's "The Birds")

If you weren’t working in theater, you would be _____?: Teaching people how to be faeries, performing in a circus and being a counselor.

What’s up next?:  Punk Grandpa will be presented next at Three Brothers Theater in Waukegan on July 17th and 18th, as a multiple character show (for the first time, I won't be performing in it and it won't be performed as a one woman show).  This will be the first time that I get to be solely the playwright and I am very excited to see what Three Brothers does with the show!

For more on Laura, visit lauraforcescruggs.com. For more on Punk Grandpa, visit punkgrandpa.com and https://soundcloud.com/wbez/storycorps-chicago-punk-grandpa-inspires-granddaughter