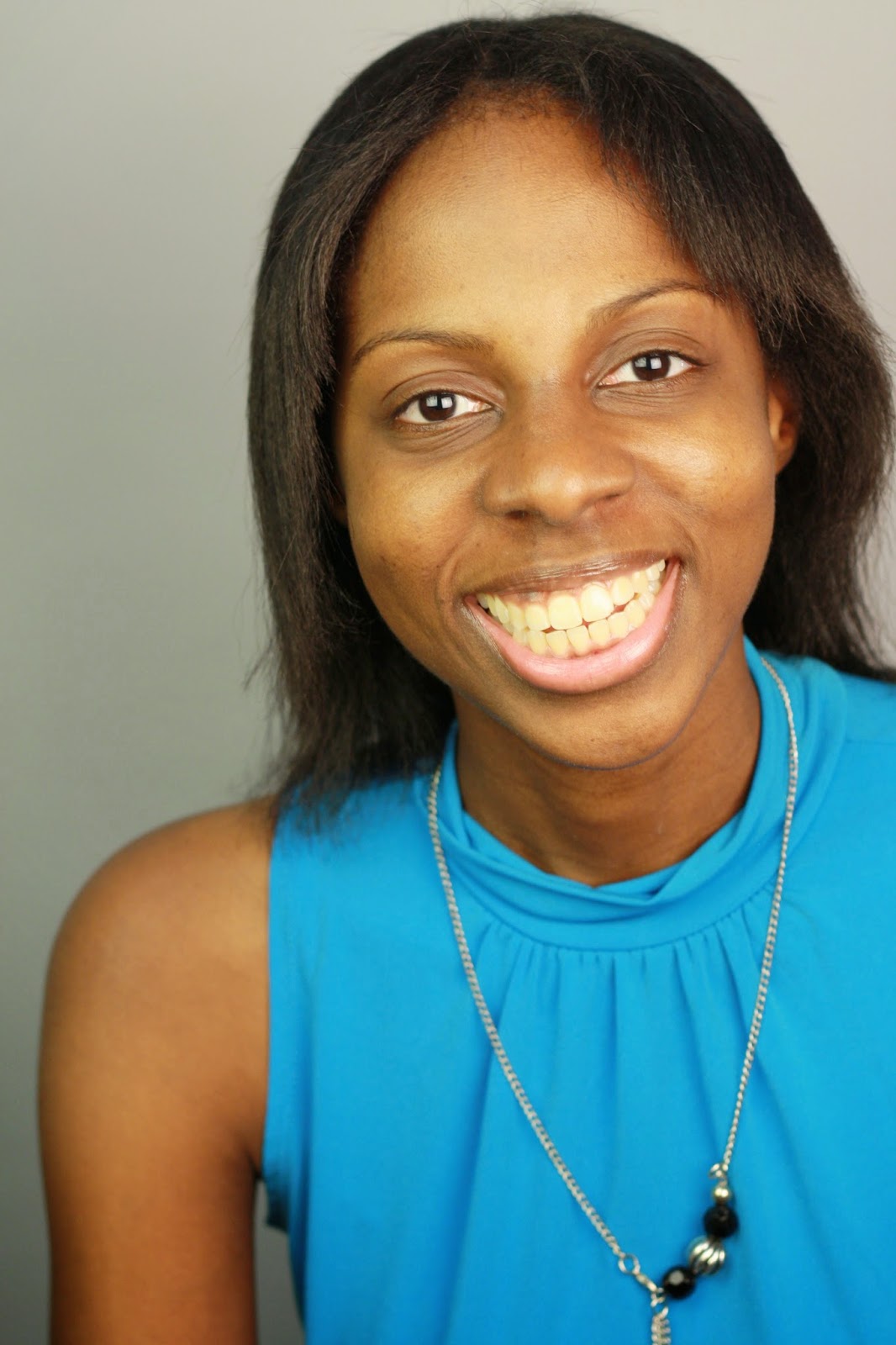 Favorite Credits: As an actress:...I'm sure they'll come. As a writer: I wrote a short called Stranger for The Stage Black NYC Festival and it won all (read: 3) the awards. So that was nice.

Why theater?: As an actress, I love it because I can try something new every performance. I'm not locked in a particular moment for all eternity. I can risk. Also, tv and film are nuts because 5 AM call times? I'll take a matinee instead. As a writer, I love it because we have a say. We're not dismissed, and 20 other people aren't rewriting my play. Well, maybe if I was a playwright in residence. Am I right? Just kidding. I have no idea what the life of a playwright in residence is. Yet. But, our words matter here. A studio can't rewrite my words. That's why we have dramaturgs. They are our guiding lights.

Tell us about Dying is An Art: It's a bout 10 minutes long. It involves three versions of Sylvia Plath. It's me personifying  the voices in her head. When people don't get mental illness, or suicide it's because they don't get the war that wages on. I wanted to show the battle that could have gone in her mind, but in a fantastical way.

What inspired you to write Dying is An Art?: My obsession with Sylvia Plath. I would see quotes from her journal and her poetry and "The Bell Jar" throughout the years (yay Tumblr) and I would think to myself, "This woman speaks a truth I can relate to. There she is in the middle of the 20th century, and I still connect to her words as if they were written in present day." Plus, I'm drawn to tragic figures. Before I even heard of the 365 Women A Year playwriting project it was if Sylvia was waiting for me to use her influence over me in some way.

What kind of theater speaks to you? What or who inspires you as an artist?: I tend to write darkly comedic things. Or, at least, they are in my head. But I like Christopher Durang. So many people can't take him because he's a bit much, but I like the truth that is underneath absurdity. Same with early Lindsay-Abaire. I also like Albee. I like Chekhov. But, I also just love new works that people I know are writing, or acting in.  Something well-written. Something with talented actors I've never heard of. Or I like when theaters take risks with the overdone stuff. Take something conventional and add a fun twist. Ultimately, if your show is free I'll come see it. What I like about 365 is that it is introducing me not to just women in history, but women writers. I feel that I have been corrupted, in that, I am able to mention male writers that I like with such ease, but I have to actually dig to find an abundance of female playwrights to choose from. Now, I can probably say, I'm friends with my favorite female writers!

If you could work with anyone you've yet to work with, who would it be?: I'd like to be in a Tiny Fey and/or Amy Poehler written project. One of my fantasies was to have a guest spot on "Parks and Rec" as Donna's sister who is a black version of April Ludgate. I liked "Eternal Sunshine" so to be in something Charlie Kaufman wrote and Michel Gondry directed would be nice. I hope to do weird, obscure movies that no one watches. As far as directors I think Ava DuVernay would be a cool lady to work with. Angelina Jolie too. I think I'd like to work on a film she directs. In the world of the stage: I'd like to work with my director Daphnie Sicre, but as an actress. I bet we'd kill it. Also, there's one actor, who I think is divine, in the real world, and if I could be the Lady Macbeth to his Macbeth I would not oppose. Also, I'd like to work with myself. I always cast other people in my plays because I have no interest in being them. Probably because I know they require me to feel, and I'd rather torture other people instead.

What show have you recommended to your friends?: I loved Natasha, Pierre and The Great Comet of 1812. That may just be my favorite musical. Of the two that I've seen in this life. I also like to rave about Bedlam theater. The first show I saw of theirs was Sense and Sensibility, and it was such an imaginative, fun performance. I was expecting stuffy. Now, I just want to see anything they do. I just saw Josephine and I at The Public and the actress was phenomenal and heartbreaking and funny. I've never been interested in one (wo)man shows, but The Other Mozart and Josephine and I have changed that for me. They make me want to write my own monodrama. I'm going to find some black woman who has been written out of history and bring her to life at some point.

Who would play you in a movie about yourself and what would it be called?:  I want my movie to be like "I'm Not There" where actors of different races and genders and ages play me. Emma Stone can play one version of me. Maybe Viola Davis could be another. Anybody cool. Eva Green, definitely. Shia LaBeouf and more! My movie would be called: Quiet Girl Riot probably.

If you could go back in time and see any play or musical you missed, what would it be?: I wish I could have seen Emma Stone in Cabaret. That was my obsession for a moment. I recently read The Pillowman and Bengal Tiger At The Baghdad Zoo and I would like to see those live. Speaking of The Pillowman, I want to be Katurian Katurian Katurian.

What’s your biggest guilty pleasure?: Wasting my life away on social media.

If you weren’t working in theater, you would be _____?: In tv and film. Haha. But, if I was not in the arts at all I'd have committed suicide already. Or! Actually, I'm not really sure. I've tried, during sad days, to see what I'd be interested in aside from the arts, but nothing comes to mind. But, in theory, I'd like to be an explorer, archaeologist, world traveler, astronomer, college professor with three PhDs. And madly in love.

What’s up next?: Hopefully extreme wealth. Other than that: I'll eventually get to writing the plays on the four women I chose for 365 Women A Year 2015! I'll be playing Butterfly McQueen at The Sheen Center reading as well. I get to be a playwright and an actress in one night. How marvelous! Also, I'm working behind the scenes on The Other Mozart. In the meantime,  maybe I'll write a couple of short films and cast myself as the lead. Why not? Maybe I'll get a recurring role on a tv show.  Or maybe I'll write and sell a pilot. Yeah. That sounds good.
Michael Block at 2:05 PM
Share
‹
›
Home
View web version