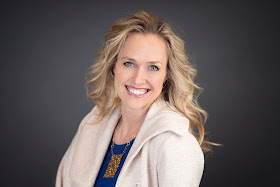 Hometown: I grew up in Ponca City, Oklahoma but now live outside of Chicago in Wilmette, IL

Favorite Credits: My favorite role was in Co-Ed Prison Sluts at The Annoyance Theater in Chicago which at the time was the longest running musical in Chicago history. Also, I got to play our ensemble character, Marcia, in MotherFreakingHood! at our debut in Lawrence, Kansas which was awesome.

Why theater?: Theater is a genuinely unique opportunity to be expressive and emotive and have others laugh or cry with you. It brings people together in beautiful ways. I have already made numerous friends in this incredible experience of being selected as an invited production for The New York Musical Festival. Nothing will match this very different and unique experience.

Tell us about MotherFreakingHood!: MotherFreakingHood! is a raw look at three women in different aspects of motherhood who meet and become unlikely friends as they bond through battling diapers, bullies, teenage hormones, Prom night and more. You don’t need a uterus to relate to this show - men go through much of the same thing, they would just sing about it in a lower vocal range.

What inspired you to write MotherFreakingHood!?: I wrote this show as an excuse to spend more time with my best friend and college roommate, Julie Dunlap. Don’t tell my husband- he thinks all these trips these past years have been for “production purposes.” Kidding! Julie and I had so much to say about this crazy and unpredictable rollercoaster we parents go through that is seemed natural to make fun of it in the best way possible- sing about it!

What kind of theater speaks to you? What or who inspires you as an artist?: Comedy inspires me the most. I really love living in Chicago and having access to Broadway shows on tour or in previews and musical theater. Also, the improv scene in Chicago is incredible and I developed my funny bone at The Annoyance Theater and The Second City, both of which still inspire me today.

If you could work with anyone you’ve yet to work with, who would it be?: Carol Burnett rocks. She is the first comedienne that really inspired me. If I met her I would lose the ability to speak, sort of like a rigor mortis reaction. So, I guess it wouldn’t be really fun for her to work me…

What show have you recommended to your friends?: I have recommended so many NYMF shows! The Goree All-Girls String Band, Night Tide, Numbers Nerds, Temple of the Souls, Play Like a Winner, Errol and Fidel, Freedom Riders, The Fourth Messenger, Georama – all of the NYMF shows are amazing. Each of these shows are very different from another and are new works which is fascinating to see.

Who would play you in a movie about yourself and what would it be called?: Chelsea Handler would play me in the Lifetime movie, “God F***ed Up a Little Bit, But It’s OK!”

If you could go back in time and see any play or musical you missed, what would it be?: I would love to see Bea Arthur and Angela Lansbury in Mame. I used to listen to the CD in college and would have loved to see them live.

What’s up next?: I’m going to take a very long nap. Then we’ll take MotherFreakingHood! to theaters around the country. We want every mother and parent to be able to laugh at themselves with us!