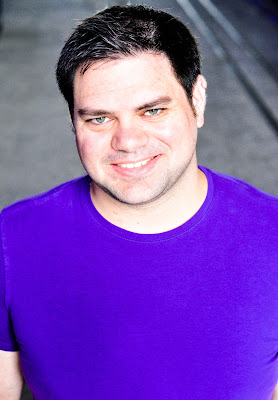 Who do you play in The Illusory Adventures of a Dreamer: #playwright

Describe your character(s) in three words: Who Am I?

Describe The Illusory Adventures of a Dreamer in three words: Dark, Seductive, Unpredictable

Who is the biggest liar?: I feel like you gotta be a liar to play a liar? So by default, let’s go with our Peer, Taylor Turner.

Who is the biggest troll?: Nick. Just go to our Instagram @dreamerplay2016 and watch his rendition of “Memory” from Cats!

Who is the sexiest?: There’s nothing sexier than intelligence so I’m gonna go with our brilliant director Chris Goodrich. Kid’s got brains!

Who is the most mischievous?: Every. Single. Boy. In. This. Cast.

Most likely to get caught up in a cult?: Chris gets this one too. He’s just so nice and sweet and unassuming and he’s just a girl who can’t say no!

Which bandana best describes you?: I mean black and grey go with everything

Favorite (gay) bar in NYC: Well I usually need Therapy after I go to any so…

Do you talk to yourself in a mirror?: Yes. I do. I’m a great conversationalist.

What is your favorite moment in The Illusory Adventures of a Dreamer?: I wish I could remember my process when I initially wrote the play. I wrote this play almost four years ago. Returning to it so many years removed, I’m happily surprised by what I wrote! But my favorite moment is something I didn’t even write and that’s the dance to a fantastic new version of Grieg’s “In the Hall of the Mountain King”. It’s sexy as hell and this cast can MOVE!

What is the most rewarding thing about being a part of the Dreamer team?: It’s been a dream to be a part of FringeNYC as a playwright so being able to have this experience with some of the most beautiful artists and friends. Watching your work come to life is a reward in itself. When it’s in such capable hands, watching it become fully realized will make you just sit back and smile.

For more on The Illusory Adventures of a Dreamer, visit dreamerplay.com. To support and donate to the project, please visit gofundme.com/dreamerplay 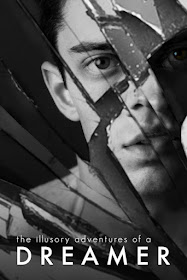