The Gospel According to...Adelind Horan 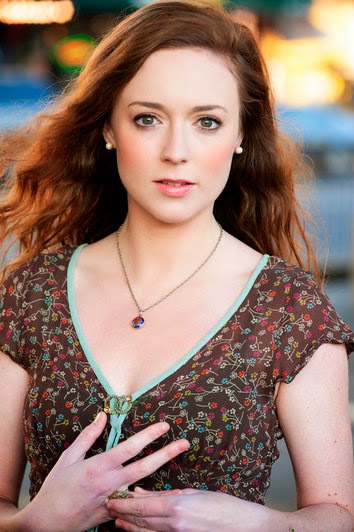 Who do you play in The Mysteries?: The Bass Guitar Angel

Tell us about The Mysteries: The Mysteries is a 6-hour-long play-party consisting of 48 playwrights' modern/radical/poetic interpretations of stories from the bible, food, drink, music, and a huge company of young talents (on stage and off).

What's the wildest costume you wear in The Mysteries?: A toilet-papered skin-tone body suit with black light paint UNDER a purple church choir robe

If you could be anyone from The Bible, who would you be?: The Bass Guitar Angel

Which company member is most likely to actually have lived during Biblical times?: Xan Russell

Which company member is most likely to be the Messiah?: Xan Russell

Most likely to become an angel?: Xan Russell

Most likely to hear voices in their head?: Xan Russell

Who's the most spiritual?: Ned Riseley, god bless him.

Are you going to heaven or hell?: I'm interested in checking out Children's Limbo (the game)

Which of the Seven Deadly Sins are you?: Addicted to shopping!!!!!

What's the biggest inside joke at The Mysteries?: "Go out into the world for you are blessed in face" isn't the most popular but it's my personal favorite.

What's your favorite moment from The Mysteries?: During 'The Ascension' when we pass two small black blocks without the audience's knowledge, AND of course Billy Porter's 'Transfiguration'.

What is the most rewarding part about being a member of The Mysteries?: It's nice to be a part of something so big, that dozens of people have put their hearts and souls into. And I like slowly getting close to people. I'm grateful for my new friends... and that feeling of being a part of a company/family/ensemble. Even a company this big still feels cozy.

Why should we come see The Mysteries?: You've probably never seen anything like it and you won't see anything like it ever again. You'll laugh, you'll cry, you'll eat. Your love for the power of theatre will be restored. And let's face it, you never read the bible so this is a nice recap of some pretty bizarre and influential ancient stories.