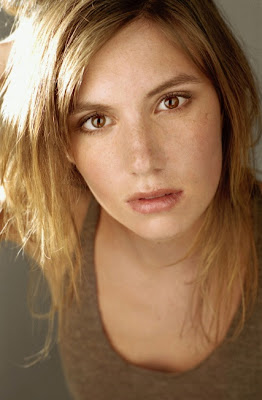 Why theater: I have always been interested in the universality of the human condition. Regardless of background, age or economic status, there seems to be a fundamental commonality in our desires and our struggles. I don’t think an answer exists as to how we can live an easy, pain free life while seeking our own idea of truth and happiness, but I do think facing that question is important. And examining the complexity and contradictions of our behaviors is important. I think theater, at its best, reflects the human condition, causing us to continually ask the important questions and relate to each other on a deeper level. Or at least to laugh at ourselves along the way.

About Stranded on Motor Parkway: In short, Stranded on Motor Parkway is a show about an adolescent girl and boy from Queens who, having recently lost their mother, are now forced to live with their father in Long Island. It raises a lot of complex questions about what constitutes a family, what it means to grow up, and how and when to say goodbye.

What is it like being a part of Stranded on Motor Parkway: Being a part of Stranded on Motor Parkway has been a lot of fun. It is a very different kind of experience for me. For one thing, the age range of our cast spans about 50 years. It’s really thrilling to be working with actors that have been doing this for thirty plus years while working with actors that are just beginning their careers.  I am also getting to play an age that I won’t get to play much longer (17). It’s been really challenging and exciting to try to delve back into the psyche of what it means to be an adolescent. I think being on the precipice of adulthood is such an exciting age, especially for women. You are dealing with so many hormonal/emotional changes that make you somewhat of a loose cannon. Incorporating the deep passion and loss of control that goes along with all of that is both terrifying and exhilarating.

What kind of theater speaks to you? What or who inspires you as an artist?: A lot of different kinds of theater speak to me. But I think when I go to the theater, I want to see guts and I want to see joy. I want to see the bravery of being alive to your impulses and I want to see you having fun. That is not to say it has to be light; I think being a train wreck is often the most fun. I am inspired by artists who have found their own unique voice. Currently, I am specifically inspired by female writers and directors because there just aren’t enough of them, and I think the feminine voice is lacking in art.

Any roles you are dying to play?: My dream role is Harper in Angels in America. I played it when I was in high school, and have been dying for the chance now that I am actually age appropriate for the part.

What’s your favorite show tune?: I grew up loving Phantom of the Opera, so I have a soft spot for it. I still get goose bumps when I listen to “Masquerade.” I think a giant chandelier makes anything magical.

If you could work with anyone you’ve yet to work with, who would it be?: A lot of people, but I would really love to one day work with Fiona Shaw because HOW DOES SHE DO THAT???

Who would play you in a movie about yourself and what would it be called?: I would honestly be pretty pissed if I didn’t get to play me in the movie about myself. My first choice is me, my second choice is that it would be a cartoon and I would be played by a really cute mouse that looks similar to Fievel’s sister and my third choice would be the brunette model in the “Blurred Lines” music video. I think it would be called “Don’t Look at Me.”

What show have you recommended to your friends?: There was one play this past year that inspired me to send a mass email begging people to see it. It was a night of two one woman shows called Naked and Crazy and I actually saw it at the Fringe last year. I originally went because a friend of mine created one of them, and I was really caught off guard by how transformative the experience was. It was moving, funny, honest, brave, just really wonderful. It was everything you are hoping for when you go to the theater.

What’s your biggest guilty pleasure?: Uh-oh. I have so many. I guess I will say eating ice cream for breakfast and pretending it’s a smoothie so that I don’t feel bad about it.

What’s up next?: I am currently filming a feature called “Ship Happens” through mid-September. I also just completed the first draft of a pilot I am writing with my close friend Chelsey Duckworth, and I am very excited to continue to work on it in the months ahead.
Michael Block at 3:53 PM
Share
‹
›
Home
View web version