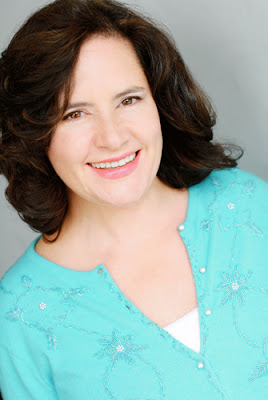 Education: Ridgefield High, BFA in Theater from Texas Christian University and my Junior Year Abroad was in London in association with The Royal Academy of Dramatic Arts.

Select Credits: Miss Kay in Duck Commander Musical - Las Vegas. On Broadway: Emma Parker in Bonnie & Clyde and Dawn in The Best Little Whorehouse In Texas. Off Broadway: Audrey in Little Shop Of Horrors, Denise in Smoke On The Mountain. Fun regional roles: Patsy in Always...Patsy Cline, Maybelle Carter in Keep On The Sunny Side, Prudie in Pump Boys And Dinettes, Mrs. Lyons in Blood Brothers, Lee in Cowgirls and Young Woman in Woody Guthrie's American Song. Film debut as The Stacks Store Woman in Will Gluck's “Annie” starring Jamie Foxx and Cameron Diaz. Producer and singer on my own album “Lullabies Of Broadway” nominated for Best Children's Album - New York Music Awards. Available at CDBaby.com

Why theater?: For me theater is a very spiritual experience. It's about going to those higher and deeper places that we don't always go to. It's about being brave but at the same time vulnerable enough to hear the creative voices. Then trusting yourself to make the best choices and really commit to it. If I can do all of this and at the same time let the work come out of a place of joy - well, it's like being in heaven.

Tell us about Love In The Middle Ages: It's about six very different middle aged people who come to a single mingle in New York City and all find a common denominator of support and friendship. They each have an interesting journey/arc throughout the piece. What's great is that each character is so likable in various ways so you really care about them. That's always the main reason why I like something or not. And each actor and actress is so incredibly talented and present. It's been pure joy recreating Sandy with this cast.

What is it like being a part of LITMA?: It's a small cast so each character has to really bring their A-game and they do. We all enjoy each other's company which is always nice. In addition to the cast, the script by Eric Kornfeld and Jeffrey Jackson is really clever, funny and touching. The music by Michelangelo Sosnowitz is pure joy to sing. The songs are so catchy and there are also a few in there that really tug at your heart. Mark Baron, our musical director, has brought not only his mad musical skills but he also sets this bubbly joyous tone in rehearsals. I'm so impressed with Lisa Shriver as a director. She really has done her homework and is able to step inside the mindset of each character to help us connect the dots. Plus I love her choreography. It's very character driven but at the same time very creative and whimsical.

What kind of theater speaks to you? What or who inspires you as an artist?: Anything with a strong heart. Even though Bonnie & Clyde was short lived there was a huge heart at the center of the piece. The songs really sailed and the acting was top notch. I love artists who have their own unique "voice". People who act, sing, dance, play an instrument, write or paint things in a new and different way. I love listening to Amy Winehouse and Adele. I love Whitney Houston's powerful and soulful voice. ( I know Amy and Whitney have passed but I used the word love rather than loved because I still listen to them.) I love Zooey Deschanel's kooky characters. Steve Carell cracks me up. My favorite female actresses are Marion Cotillard and Juliette Binoche. They both have an ease to their work but yet they're totally immersed in their character. I think it's great when people create their own material like Sara Bareilles and Joni Mitchell.

Any roles you're dying to play?: Mrs. Lovett in Sweeney Todd.

What’s your favorite showtune?: My favorite showtune? That's a hard one. I saw Bridges of Madison County twice because the music was so gorgeous along with the voices singing it. I like the songs with simple beauty like "I Must Have Done Something Good" from The Sound of Music, "Now That's What You Call a Dream" from Bonnie & Clyde. It's hard to pick a favorite. I loved seeing and hearing "Defying Gravity" from Wicked. It sounds like it would be so much fun to sing.

If you could work with anyone you’ve yet to work with, who would it be?: In musical theater - Christian Borle. He's so present and clever and he always looks like he's having so much fun on stage. In film - Matt Damon because he's a good listener.

Who would play you in a movie about yourself and what would it be called?: Marion Cotillard and it would be called “Barefoot”. It would be about choosing to be adventurous, brave and vulnerable despite whatever challenges have come my way. And how I always sang with my whole heart.

If you could go back in time and see any play or musical you missed what would it be?: Marlon Brando in Streetcar Named Desire.

What show have you recommended to your friends?: On the Town for pure fun and Wicked because I remembered finding the script very clever and the music so moving and powerful.

What is your biggest guilty pleasure?: Chocolate Molten Cake with vanilla ice cream. A Ring Ding will do in a pinch.

What's up next?: I'm up for a couple of shows but in my regular life I'm searching for a new apartment. I may have found one. So soon I'll be moving.