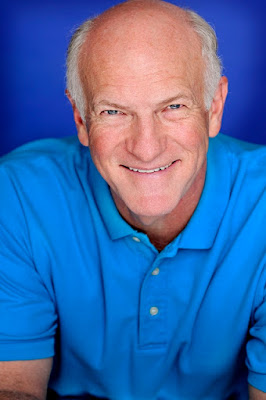 Favorite Credits: As an actor, Copenhagen, My Fair Lady, Omnium Gatherum. As a director, most likely Man of LaMancha or Our Town.  Fading Light (my current FringeNYC show) would be my favorite writing credit so far.

Why theater?: I love almost anything live and live theater, in particular, has an immediacy that is hard to duplicate anywhere else.

Tell us about Fading Light: Fading Light involves a woman slipping into dementia, but it’s not about that at all.  It’s about protecting those we love, sometimes at great cost.  It’s about loss.  As you might guess, it ain’t a comedy…but there is quite a lot of humor in it.

What inspired you to write Fading Light?: The first time I had personal experience with someone losing their memory, it was shocking…the things they can remember and can’t and the connections that are lost or tangled.  I had this image way back then of a mother dancing with a son, mistaking him for her late husband. It was, at the time, little more than that thought.  A couple of years ago, I had this wacky dream about my own deceased father that motivated me to start writing this.  The original title, that I’m still fond of, was Songs in a Fading Light, but I felt that might confuse folks expecting a musical.

What kind of theater speaks to you? What or who inspires you as an artist?: I enjoy a lot of types of theatre, and what speaks loudest to me are those moments of theatre when nothing is said, yet so much is communicated. I’ve been inspired by many people along the way…but also by those moments we’d like to capture and simply can’t, so we hold them in our soul.  I’m not sure how else to describe it; it might be a shadow or a smile or a note of music or just a glimpse of someone or something.

If you could work with anyone you’ve yet to work with, who would it be?: Tori Amos. Perhaps an odd answer, but true.

What show have you recommended to your friends?: Next to Normal. In this year’s FringeNYC, it’d be Vicki Vodrey’s Hard Day’s Night.

Who would play you in a movie about yourself and what would it be called?: If it was a younger me and a younger Woody Harrelson, that’s who it would have been. There was a time when we looked a lot alike.  He’s aged better.  And richer.  The title would be "Standard Insanity". For too many reasons to enumerate here.

If you could go back in time and see any play or musical you missed, what would it be?: The original production of Glass Menagerie.

What’s up next?: I’m working on three screenplays that have gotten pushed aside for Fading Light…I want to get back to those.  Also just started notes about a new play while here.  And I’ll be appearing in On Golden Pond.