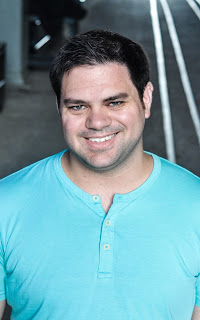 Michael Block
Lead Critic, Founder
Michael is an all-around theater artist originally from Mahwah, New Jersey. As a playwright, his work has been featured throughout New York including Boomerang Theatre Company, Dream Up Festival, Less Than Rent, Manhattan Rep, PTP/NYC, TinyRhino, and Rhapsody Collective, which he is the founder and artistic director. Most recently, his musical The Girls in White, written with Artie Sievers, received a concert at Feinstein's/54 Below and his play The Illusory Adventures of a Dreamer, directed by Chris Goodrich, was a part of the 20th Annual New York International Fringe Festival (FringeNYC Excellence in Acting- Taylor Turner). As a stage manager, he has worked on an off Broadway including Stick Fly, produced by Alicia Keys, Signature's revival of Angels in America, and the original productions of Annie Baker's Circle Mirror Transformation and Bruce Norris' Clybourne Park. Michael is a graduate of Boston University. He is a proud member of AEA and an active member of Drama Desk. 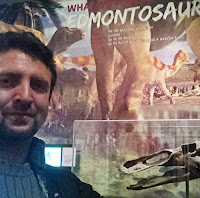 Kaila M. Stokes
Contributing Writer
Kaila M. Stokes has been in the theater and dance world since she could walk. Kaila was part of theater programs growing up in Orlando & Jacksonville and went on to attend Douglas Anderson School of the Arts High School for theater, where she caught the directing bug. Kaila was a dual major in Directing and BFA Acting at Marymount Manhattan College, where she still guest directs to this day. Throughout her time in college, she worked as a marketing intern for numerous nonprofits around the city including MCC Theater, The Women's Project and American Opera Projects. After graduating in 2011, Kaila worked as the Marketing Associate for TADA! Youth Theater, then gave Los Angeles a try, working with Santa Barbara Dance Institute. After 2 years in Los Angeles, Kaila missed NYC and returned to TADA!, where she currently works as the Director of Marketing. Since establishing herself, Kaila is ready for new challenges, such as writing reviews for theater productions around the city and freelance graphic design. She is thrilled to join the Theater In The Now family.
Home
View web version