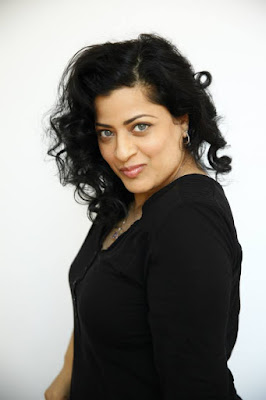 Favorite Credits: Torch Song Trilogy,  Down the Road, Look Back in Anger, One for the Road, Imaginary, No Exit, The Colored Museum.

Why theater?: Oh my goodness, you have no idea how many times I ask myself that question. I can’t explain it more than theater is my life. It is one of the necessities for me to survive along with air, water, food. Even in the moments where I am experiencing a burnout on it, I can’t be away from it too long. I will still see a show or begin thinking about what could be the next project. It may be an addiction...I should maybe talk to someone.

Tell us about Imaginary: ”What if your imaginary friend doesn’t want the job?” Jack Cartwright has passed on after being involved in a tragic car accident. Before passing on to “the other side,” Jack must take on the job as Imaginary Friend to 8‐year‐old Molly Hamilton. Jack is just another notch in Molly’s candy lipstick case as she has been through six Imaginary Friends already in her short life. Sampson, the angelic spirit in charge of the Imaginary Friend Network, explains the rules of imaginary friending to a reluctant Jack, who finds the task slightly more daunting than he expected.

What inspired you to direct Imaginary?: I have been fortunate to work on a few long term projects. Each time, the playwright or artist approached me about this “play I have written” and how they “would love for you to read it”. My response has always been “Yes, of course” and my inner voice has said, “ugh, I hate reading plays”.  However, each time, I have fallen for them and they have made a significant impact on me. This is my third one and it’s been my labor of love for about 4 years. My initial role with Imaginary was as the producer. Nick Radu (the playwright) workshopped it over the years with other directors. Last year, I was returning from a self-imposed sabbatical from directing and Nick asked me to direct a reading of it as part of the Speranza Festival in New Jersey. This year, we were chosen to present an excerpt as part of the New York New Works Theatre Festival in September.

What kind of theater speaks to you? What or who inspires you as an artist?: I am drawn to works that delve into the unknown, the leaps of faith, the journey of the underdog and the risk-taker. My favorite shows include Passing Strange, Alan Cumming’s MacBeth, Sir Patrick Stewart and Ian McKellen’s Waiting for Godot, Priscilla Queen of the Desert.

If you could work with anyone you’ve yet to work with, who would it be?: I would love the opportunity to just be in the presence of Marina Abramović and Robert Wilson. They both create art in a way that my mind doesn't. I would love to explore that artisticvein of theatre and performance.

What show have you recommended to your friends?: Something Rotten because wow and yes please, give me more.

Who would play you in a movie about yourself and what would it be called?: Joan Cusack would play me as the sassy, witty broad and it would be called "Malinism A-Gogo."

If you could go back in time and see any play or musical you missed, what would it be?: I know this may be out there but I really would have loved to have seen Irving Berlin’s The Music Box Review at the Music Box Theatre in 1920. I would have also liked to have seen Evita with Patti Lupone and Mandy Patinkin (that was a date night for my folks), and 42nd Street with Jerry Orbach (again, another date night for my folks).

If you weren’t working in theater, you would be?: I would be a detective like Nancy Drew or a ROCK STAR!

What’s up next?: I am producing No Man’s Land (with The Anthropologists) and I am the associate producer for the Broadway Artist Connection at the Laurie Beechman.