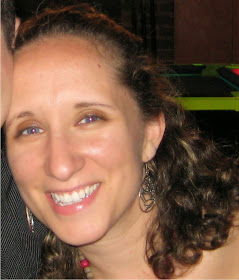 Hometown: Born in Blacksburg, VA and raised in Kalamazoo, MI.

Why theater?: Theatre is so immediate and every experience and performance is unique. If you weren’t there, you can only hear the story (or anecdote). “Grind” is obviously and exception because it’s a film, but there will likely be a “live” life for it.

Tell us about “Grind”: We’re really excited – the album just came out and it’s a celebration of that. We’re doing the five songs from the album and songs related to the concept of the film. It’s got a very electronic feel. The concert is September 1st at 54 Below

What kind of theater speaks to you? What or who inspires you as an artist?: Rent was actually the first show that really got me excited about musicals. I had done theatre as a kid, but that was the show that made me realize theatre was amazing. I love William Finn and Adam Guettel. I loved Violet. I think there have been lots of really great things happening. I am always inspired by my friends who write and create and I think that’s important.

What’s your favorite showtune?: Oh, wow. I guess... "Sunday” from Sunday in the Park with George.

If you could work with anyone you’ve yet to work with, who would it be?: Alex Timbers

Who would play you in a movie about yourself and what would it be called?: This sounds like a question that is begging for a joke. But, I am too tired to make a good joke ;) I do have a twin sister, Sara Sahin. So, really, she should play me. And, it’d be called “Stop asking your sister to borrow money”. (I tried)

What show have you recommended to your friends?: “Here Lies Love.” It’s really great.

What’s your biggest guilty pleasure?: Kathie Lee and Hoda (the 4th hour of the Today show) and anything on “Investigation Discovery”

What’s up next?: I am writing an album with Derek Gregor (who I wrote “Grind” with) and Eric Michael Krop. We’re recording soooon! We’ve been writing some country songs and I have two new musicals in the works!
Michael Block at 12:56 PM
Share
‹
›
Home
View web version