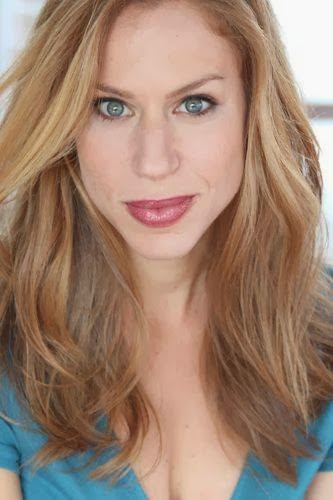 Why theater?: Being on stage is the most magical, other-worldly feeling.  When the lights go down, the audience goes silent, and the actors take our places, the rest of the world is silenced, and we get to step into a completely different world/life.

Tell us about East in Red?: East in Red is a who-dunnit, horror, dark-comedy.  It is pretty unique in terms of genre.  It is simultaneously upsetting, moving, jaw-dropping, and at moments, hilarious.  Ryan Sprague, the brilliant playwright, researched the murders of "Jack the Ripper" and created this incredible play based on these events.

What inspired you to produce East in Red?: Ryan Sprague is among my all time favorite playwrights.  He writes pieces that are deeply moving, highly insightful, at times uncomfortable, and that leave the audience thinking about the play long after they leave the theatre.  I produced his play Reach in the summer into the fall, and thought East in Red would be a great play for the Frigid/East village audience in the Kraine.

What kind of theater speaks to you? What or who inspires you as an artist?: I love edgier theatre and Shakespeare.  I like work that makes me think and inspires me after I have left the performance.  I enjoyed Lucy Thurber's Hill Town Plays for that reason, but I also really love Shakespeare, or more traditional theater that is superbly done.  The New York off and off-off broadway community really inspires me.  I feel like our community is incredibly supportive of one another-we try to help each other and connect one another with opportunities.  We challenge each other to create innovative and unique work.  That comradery and support inspires me.


If you could work with anyone you’ve yet to work with, who would it be?: I would really love to work with Daniel Talbott.  He directs at the Rattlestick and heads up Rising Phoenix Repertory, and I respect his work enormously.

What show have you recommended to your friends?: I’m very excited to see Antonia Lassar perform in Tina and Amy!

Who would play you in a movie about yourself and what would it be called?: Wow-this is a tough one...I think I would have Leslie Grossman play me, and the movie would be entitled, "The rest is still unwritten".

What’s your biggest guilty pleasure?: Ice Cream, and taking myself to the movies!

What’s the most played song on your iPod?: Ingrid Michaelson's CDs...all of them.

If you weren’t working in theater, you would be _____?: Teaching theatre

What’s up next?: I just got called back for Colorado Shakespeare Festival, so...fingers crossed:)
Michael Block at 11:31 AM
Share
‹
›
Home
View web version